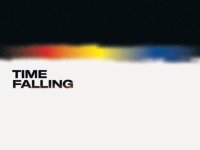 Available on all platforms from 28th February 2020, with limited edition high definition vinyl double LP and CD also be available through Disquiet Media.